Lehigh Acres is a larger medium-sized town located in the state of Florida. With a population of 94,342 people and 24 constituent neighborhoods, Lehigh Acres is the 26th largest community in Florida. There’s nothing like the smell of a brand new house, and in Lehigh Acres, you’ll find that a large proportion of houses were recently built. New growth in residential real estate is an indication that people are choosing to move to Lehigh Acres, and putting down their money on brand new construction. Lehigh Acres’s real estate is, on average, some of the newest in the nation.

Lehigh Acres is neither predominantly blue-collar nor white-collar, instead having a mixed workforce of both blue-collar and white-collar jobs. Overall, Lehigh Acres is a town of service providers, sales and office workers and professionals. There are especially a lot of people living in Lehigh Acres who work in office and administrative support (14.81%), sales jobs (11.93%) and maintenance occupations (8.29%).

In Lehigh Acres, however, the average commute to work is quite long. On average, people spend 35.04 minutes each day getting to work, which is significantly higher than the national average.

In Lehigh Acres, just 12.89% of people have at least a bachelor’s degree, which is quite a bit lower than the national average for cities and towns of 21.84%.

The per capita income in Lehigh Acres in 2010 was $15,650, which is low income relative to Florida and the nation. This equates to an annual income of $62,600 for a family of four.

Lehigh Acres is an extremely ethnically-diverse town. The people who call Lehigh Acres home describe themselves as belonging to a variety of racial and ethnic groups. The greatest number of Lehigh Acres residents report their race to be White, followed by Black or African-American. Lehigh Acres also has a sizeable Hispanic population (people of Hispanic origin can be of any race). People of Hispanic or Latino origin account for 36.03% of the town’s residents. Important ancestries of people in Lehigh Acres include German, Irish, Haitian, Italian, English and Jamaican.

In addition, Lehigh Acres has a lot of people living here who were born outside of the US (23.69%).

The most common language spoken in Lehigh Acres is English. Other important languages spoken here include Spanish and French Creole. 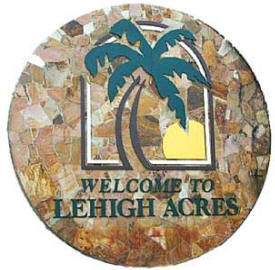